Combat Balance
Since the release of the Combat Update, we've monitored player feedback and overall we're happy with the state of the gunplay in Rust. We will continue to listen, and make adjustments when needed.

The fuse time on the F1 grenade has been decreased by 0.5 to 2.5s. During combat testing we felt that grenades were a bit too easy to evade under most circumstances. Maybe some day we will allow players to cook grenades but right now that seems like it would be a bit too cheap of a tactic. 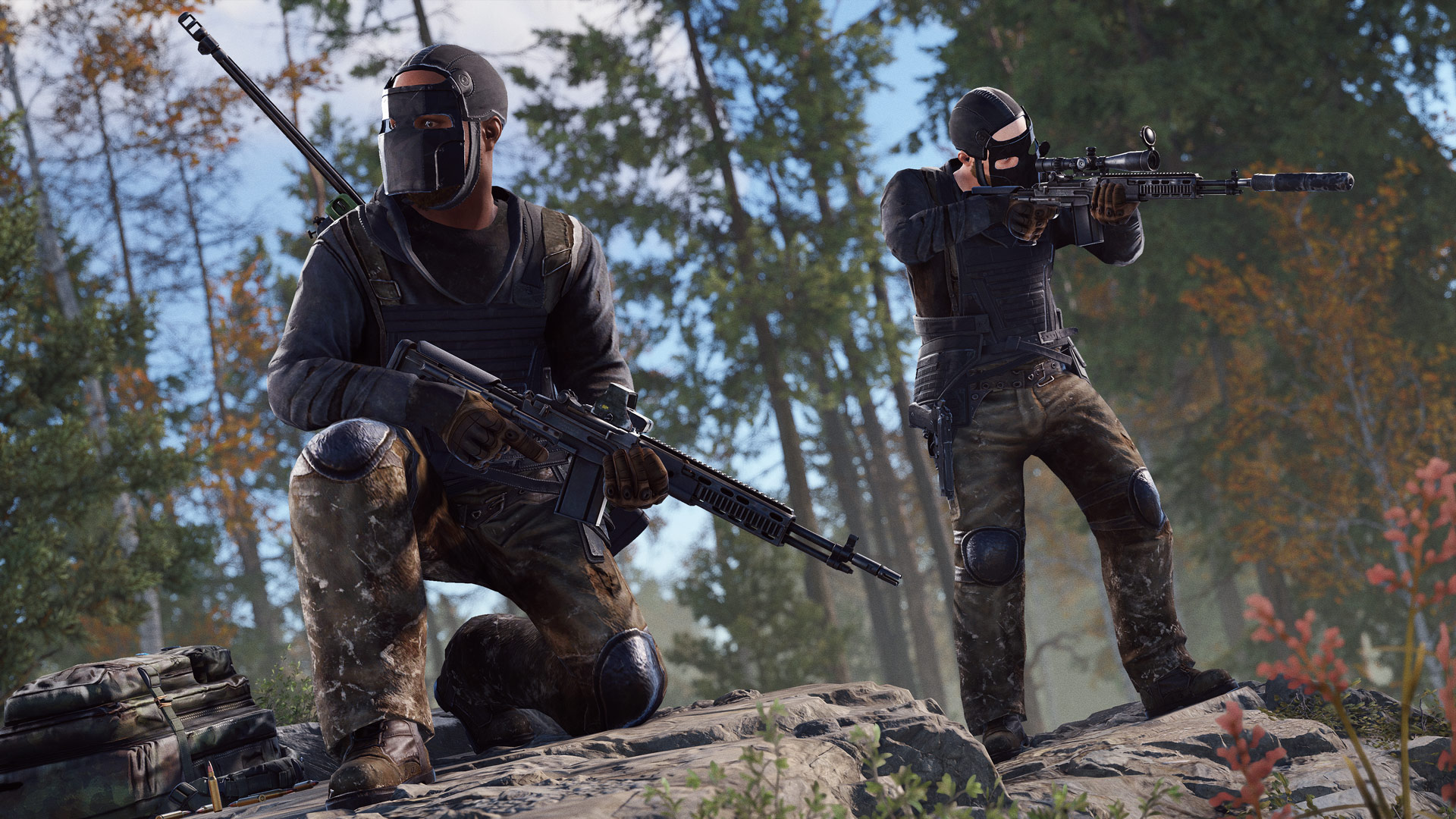 The M39 has had it's role changed so it feels more like a superior SAR. Its fire rate has been increased and recoil modified.

We've also noticed that shotgun slugs were very underused so we have reduced the damage falloff so that shotgun users can opt to utilize them in mid range combat and stand a chance.

Lastly, we've fixed a long standing issue with viewmodels where the first shot shortly after ADSing would play the non-ADS animation and obscure the screen with the view model. All weapons should feel much more snappy now.

Following the release of the combat update last month we addressed the following issues earlier this month, here is a recap:

Loading Optimization
We worked on reducing the time it takes to load into servers this month. It will now queue up the loading of assets so they can continue being read from disk while the main thread spawns all of the world prefabs, which means better utilization of hardware. This also applies to the dedicated server so server owners may see some improvement with boot times.

Gunshot sounds
Alex finished up the remaining new gunshot sounds this month, including new silent shots for every gun. We'll likely do another round of tuning on these in the next month or so to address some feedback we've gotten but we'd like to allow time for folk's ears to adjust and the dust to settle before we dig too deep into that.

Return To Sender - Can now insert photos into mailbox

UGC Admin Panel
To better help server admins moderate the content on a server, I've implemented a new section in the Server Admin tab that allows admins to easily see all of the User Generated Content on a server. This includes all painted signs, audio content on cassettes, carvable pumpkins, neon signs and pattern boomers.

As well as being able to see/hear the content, admins can now see who was responsible for the content and delete the content from the UI without having to travel to that entity. There is also a search field so all content created by a specific player can be found quickly.

Offensive Content Reporting
We've improved the process of reporting problematic content this month by implementing a new Offensive Content report type. When reporting offensive content a screenshot will now be included to better help admins act on the issue. 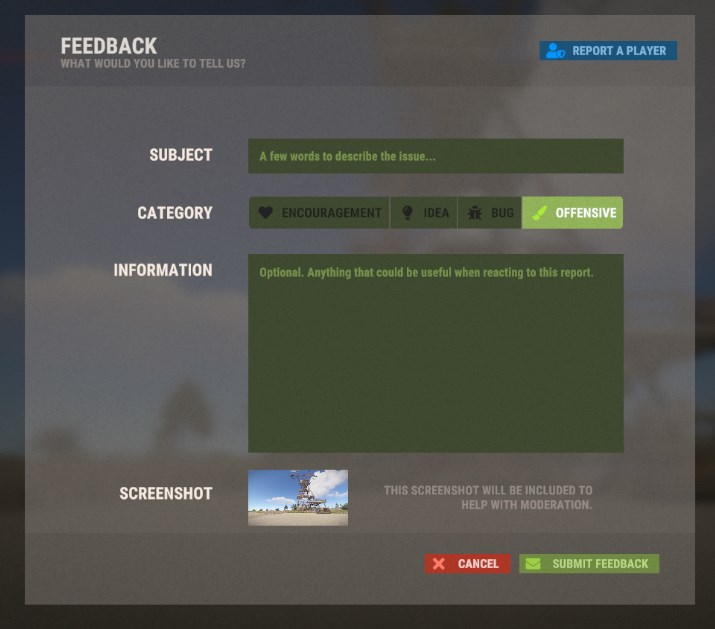 For more information on using these new convars, please see the wiki.

Hapis Island updates
Along with numerous small bugfixes, we've added 3 new monuments to Hapis Island. Two of them in the desert, and one in the northern arctic. 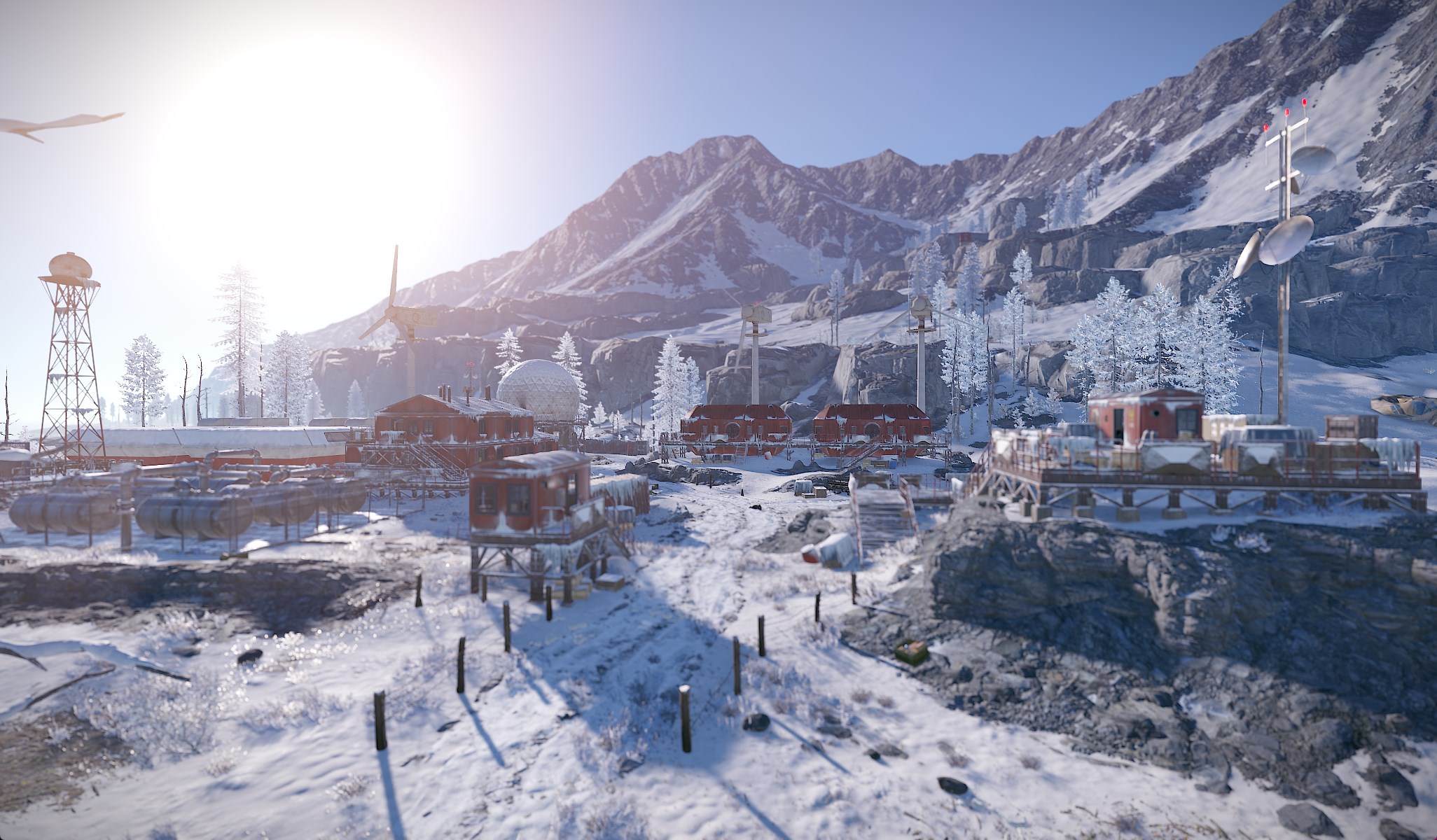 We also fixed most of the mountain goat ore nodes, berry bushes not spawning, roadside spawns being overly sparse, and updated some existing monuments to be more in line with where they now stand on Procedural Map.

Some bugs still remain, but we're ironing it out. Thanks for all the bug reports!

Harmony QOL
You can now load/reload harmony mods onto the server at runtime with:

This will allow all server owners (vanilla or modded) to deploy fixes onto their servers without needing to restart them, as well as ease development of harmony mods.

Chat Filtering
We're now using Steam's chat filtering functionality to obscure strong language and slurs in chat and other text players can share in the game.

The filtering is applied on the client and can be customized in your Steam account preferences. If you haven't changed these settings before then filtering would already be enabled.

DEBUG CAMERA ADDITIONS
A few new debug camera commands have been added this month for content creators to use. As with existing camera tools, these can only be used by server admins or in demo playback.

Physical Camera Properties
We've added the ability for the debug camera to use physical camera properties - in other words, you can choose from common camera sensor types and specify a focal length to mimic real world photography measurements. 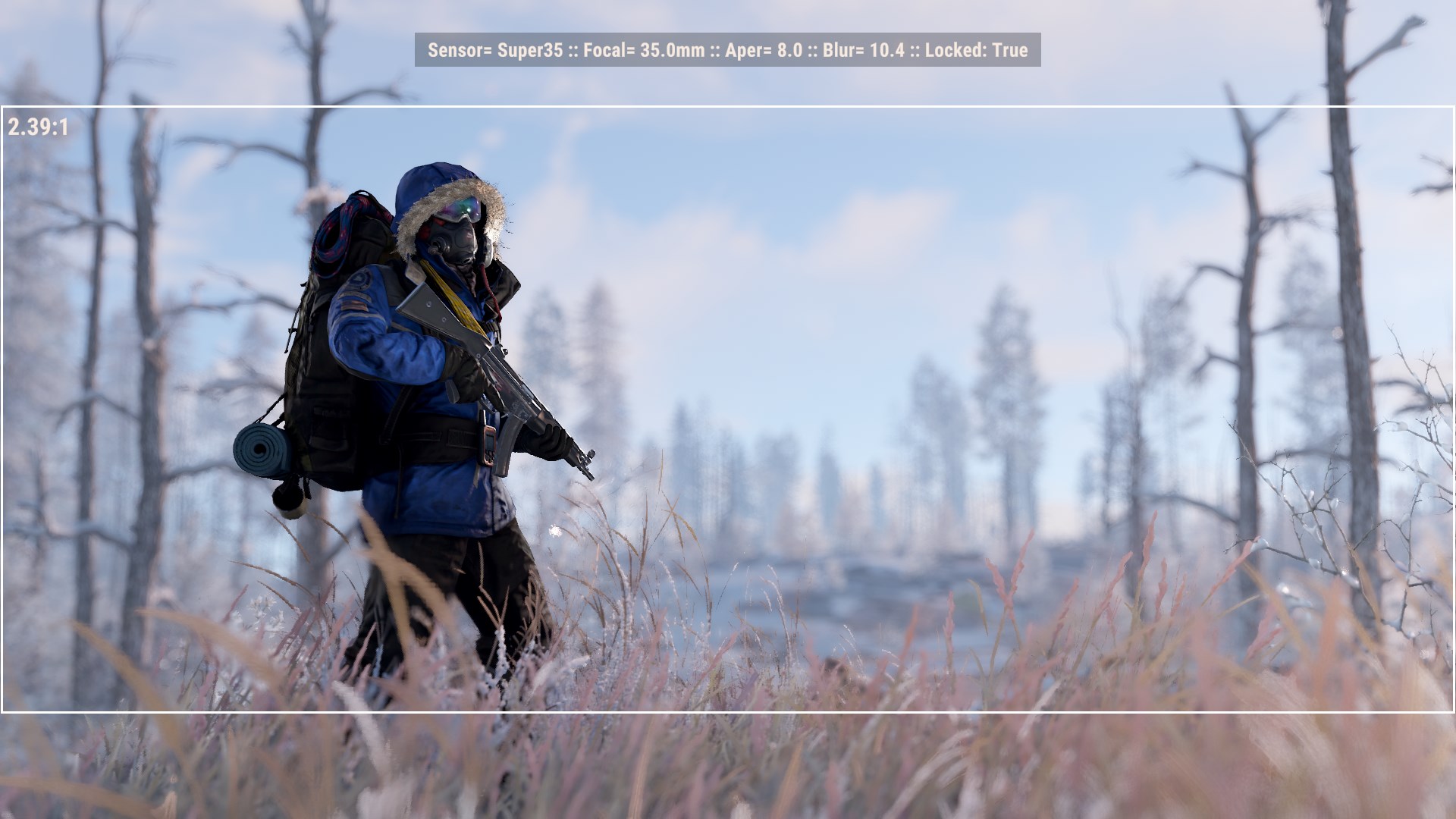 Along with the above physical camera commands, we've also added camera information UI which can be enabled/disabled using the command client.showcaminfo 1/0

MAP MAKER PREFABS
This month we've added some useful assets for community map makers - the most notable being the introduction of tiled cube prefabs. The current collection features over 60 cubes with materials including brick, wood, metal, concrete, plaster, metal, cloth and more. 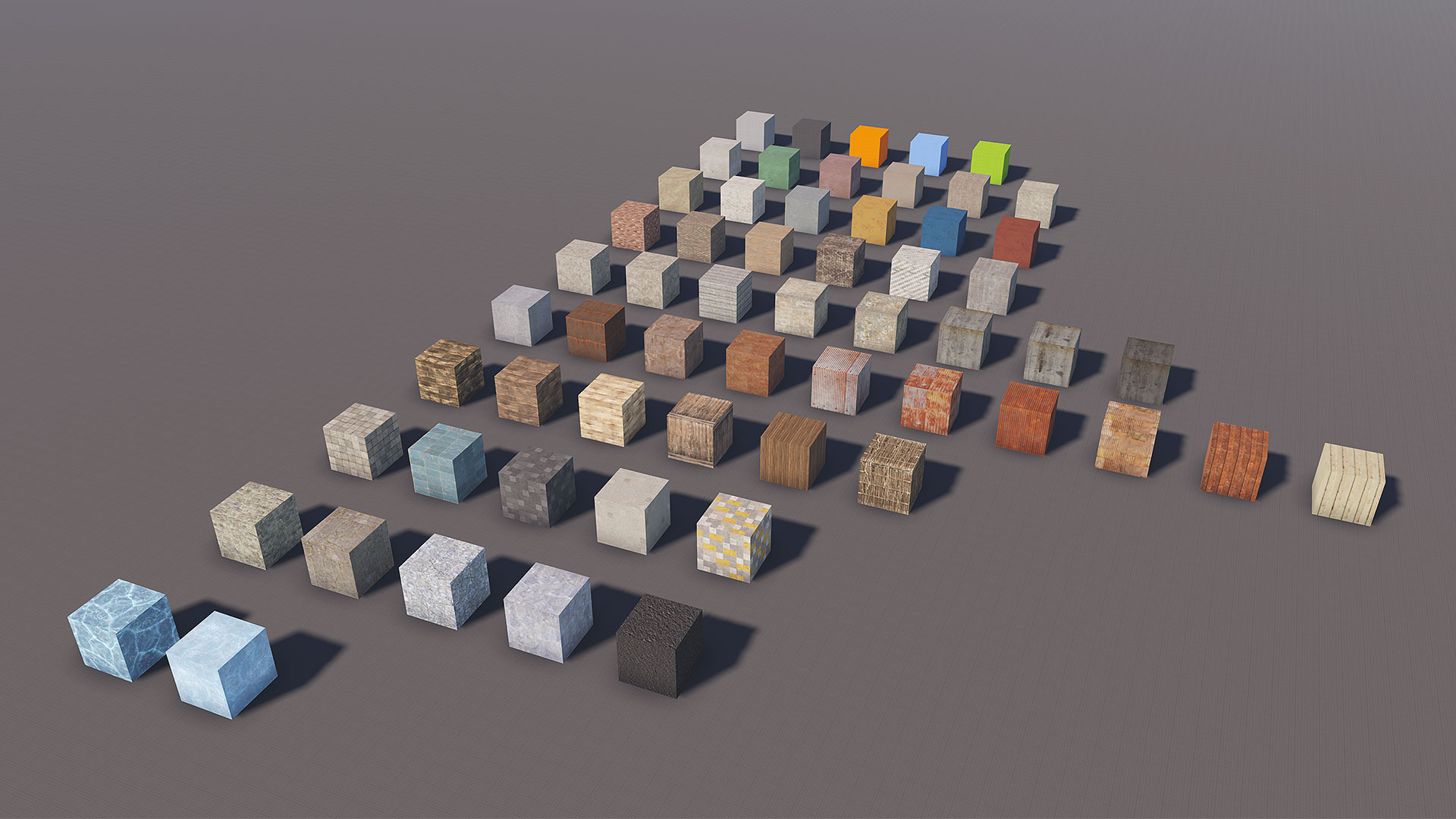 Each cube can be scaled, rotated and positioned in custom map scenes whilst maintaining the local tiling of the individual prefab's texture.

We look forward to seeing the many creative ways map makers will utilize these assets and we hope to continue expanding this collection in the future.

Acknowledgements
We're currently aware and investigating certain performance issues affecting a large number of users, this is also known to be affecting third-party applications such as Discord, we believe this is possibly fixed today via an update by EAC.

We are also actively investigating a number of other areas with poor performance.

Changelist
Click here for the source of this article RSS Feed