DESERT MILITARY BASES
We added fully procedural Military bases containing the MLRS equipment this update, these will be different on every server, every wipe. They are built from a pool of individual modules and fill 4 different templates. 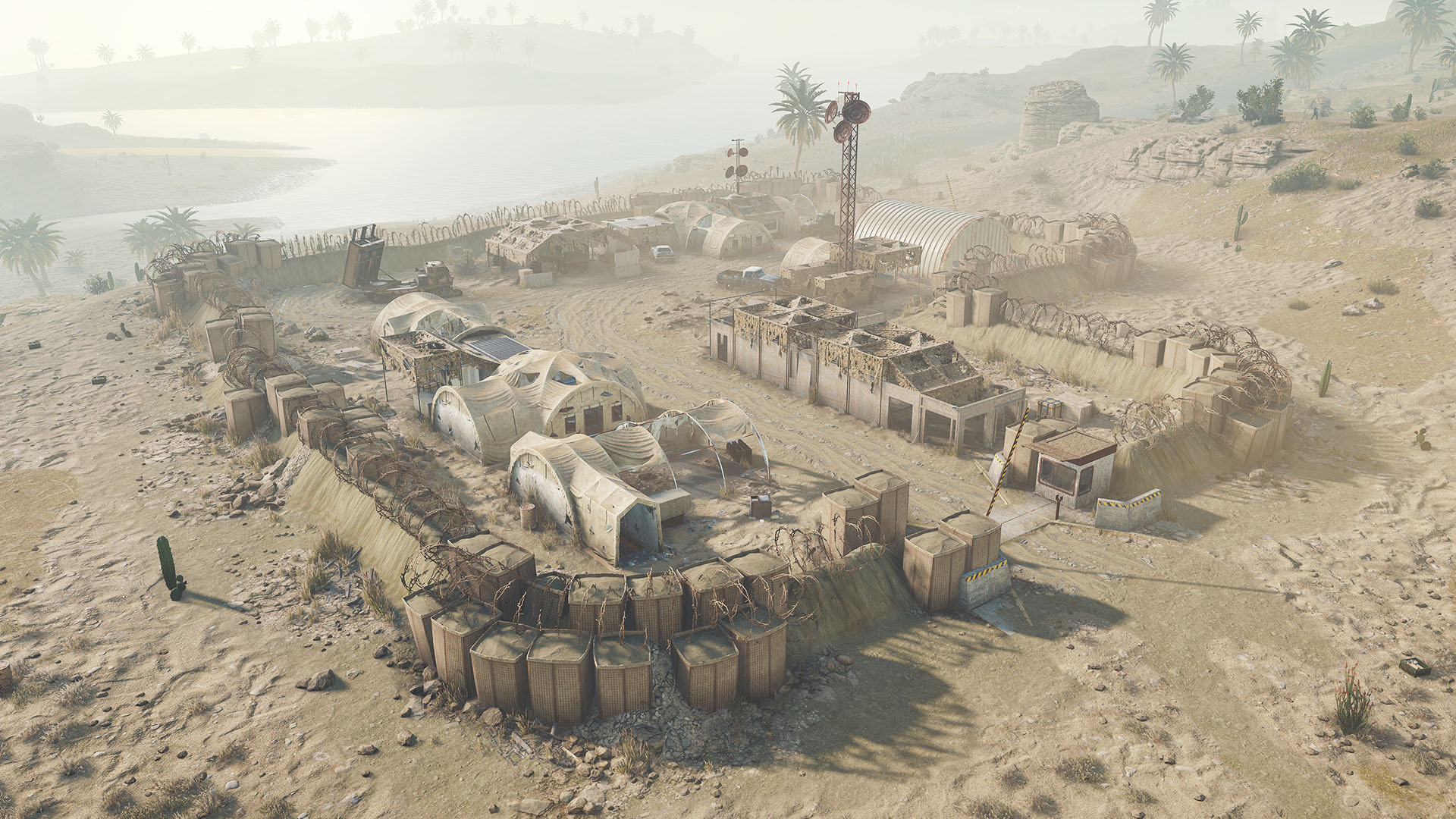 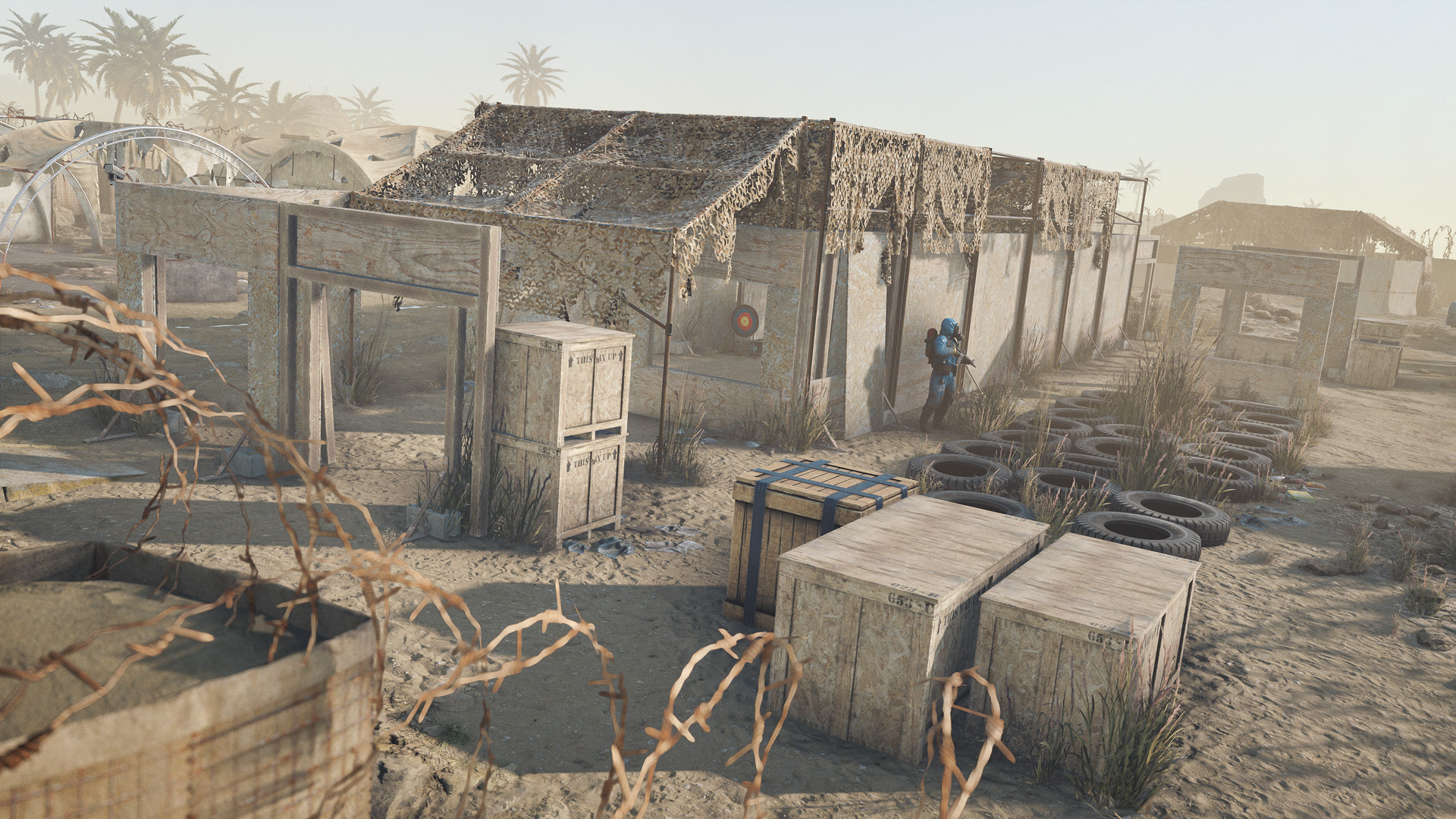 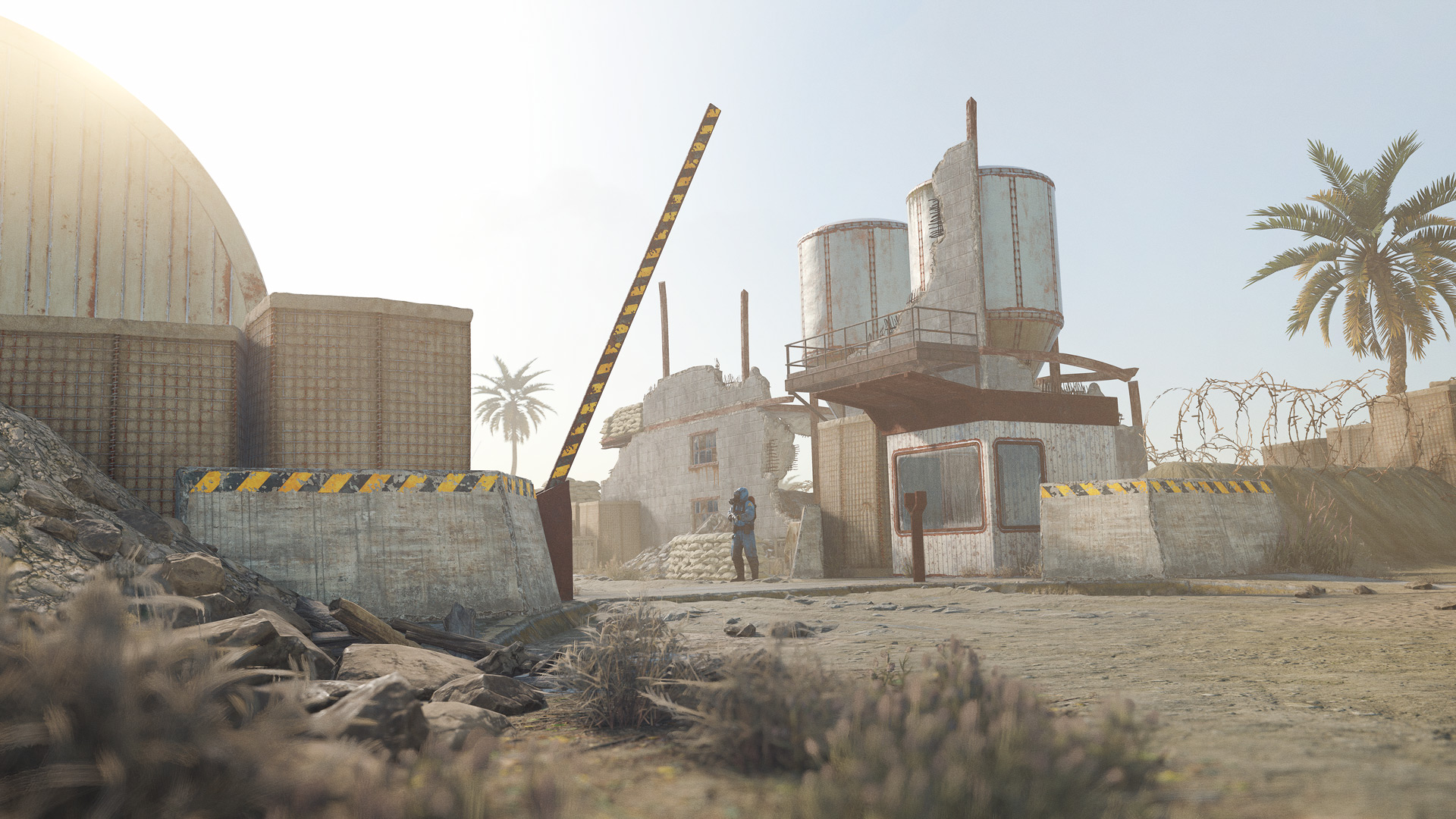 Each has a few points of entry, regular loot with a sprinkle of oil and you will face some resistance from scientists as well.


MLRS
The new Desert Military Base monuments each have a parked Multiple Launch Rocket System (MLRS). This vehicle doesn't move - you won't be driving it around the map - but it can be set up to fire rockets to any target. Except safe zones, naturally. 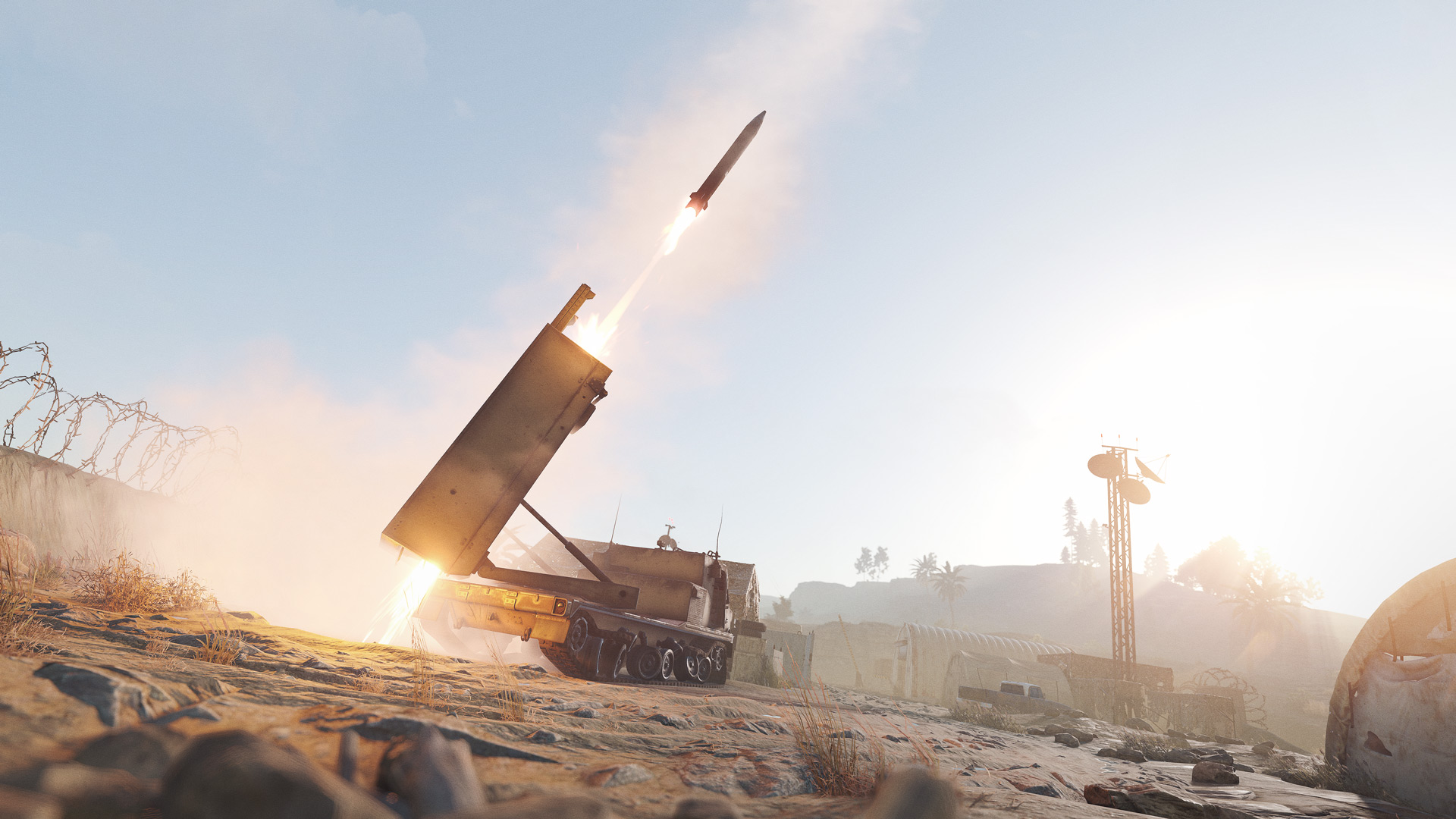 These MLRS rockets can do significant damage to bases. They can be countered by SAM sites, but a full barrage of 12 rockets will only be mostly repelled by two SAM sites, and completely fought off by three. 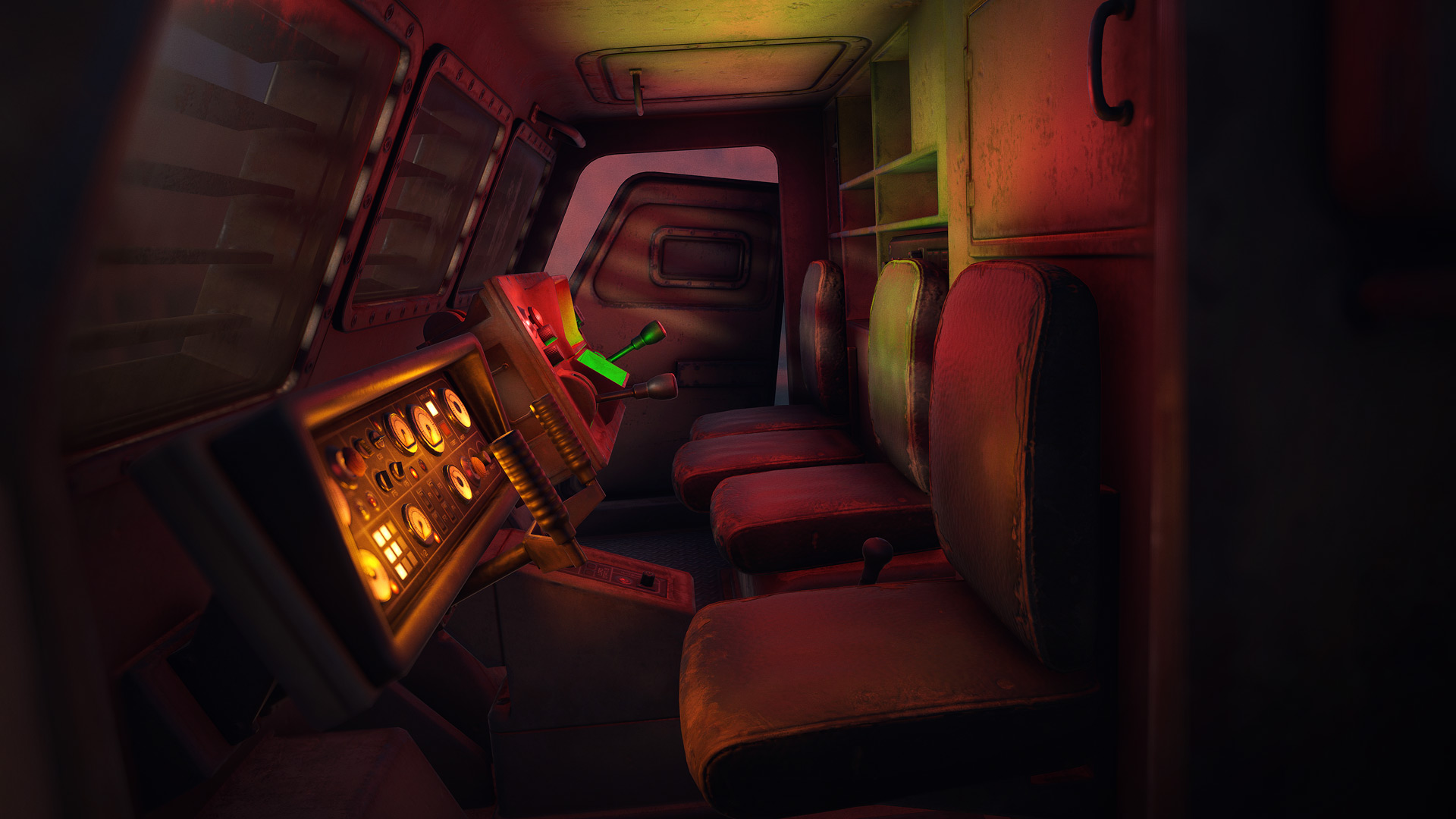 Using the MLRS
1. First you'll need to acquire an MLRS Aiming Module which can be found in locked hackable crates and one to twelve MLRS rockets that are found in elite, APC and Attack helicopter crates. 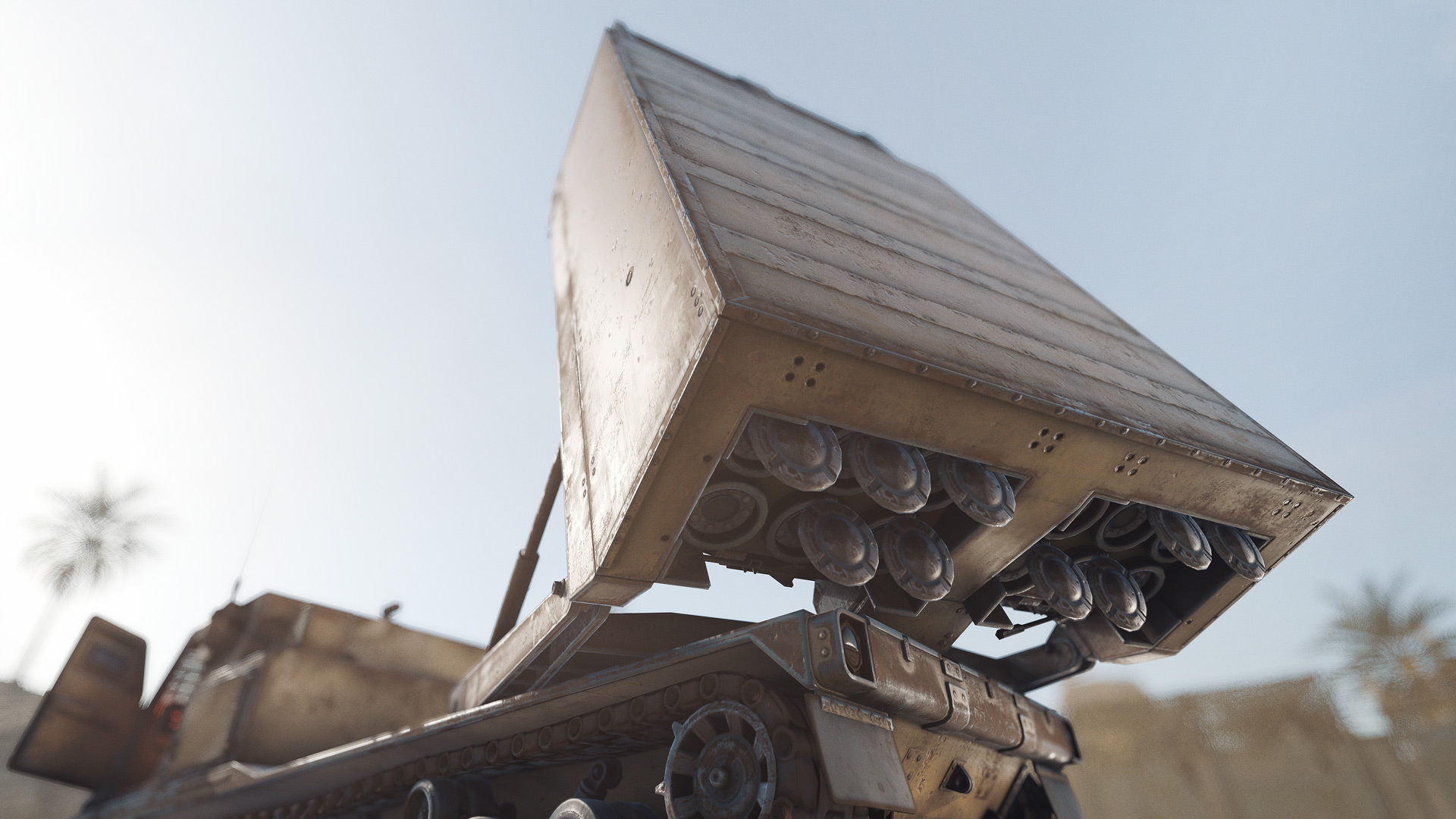 2. Interact with the back of the MLRS and insert your rockets. 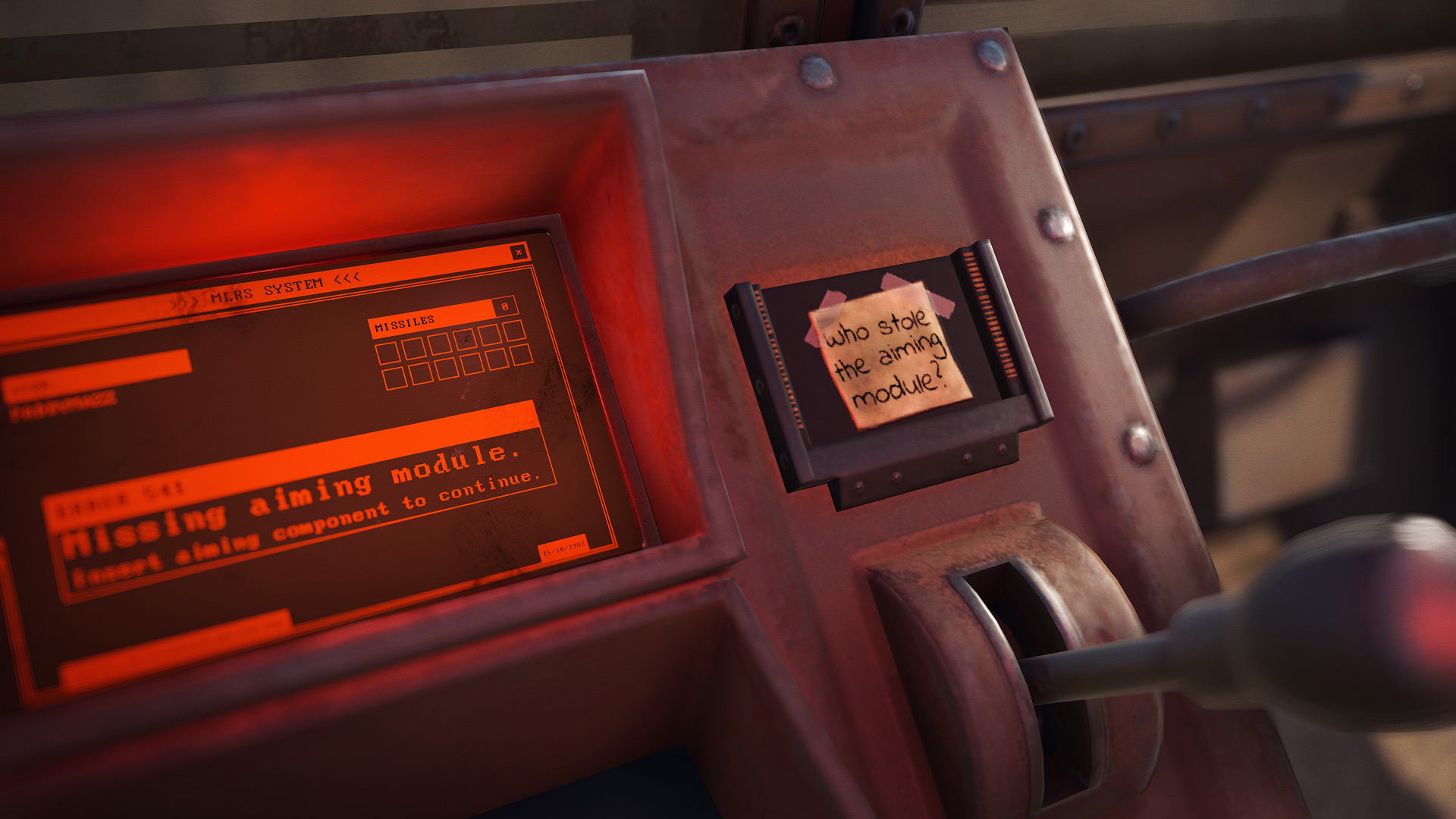 3. Get in the MLRS and open the Aiming Module slot, and insert your aiming module, which will activate the weapon systems. 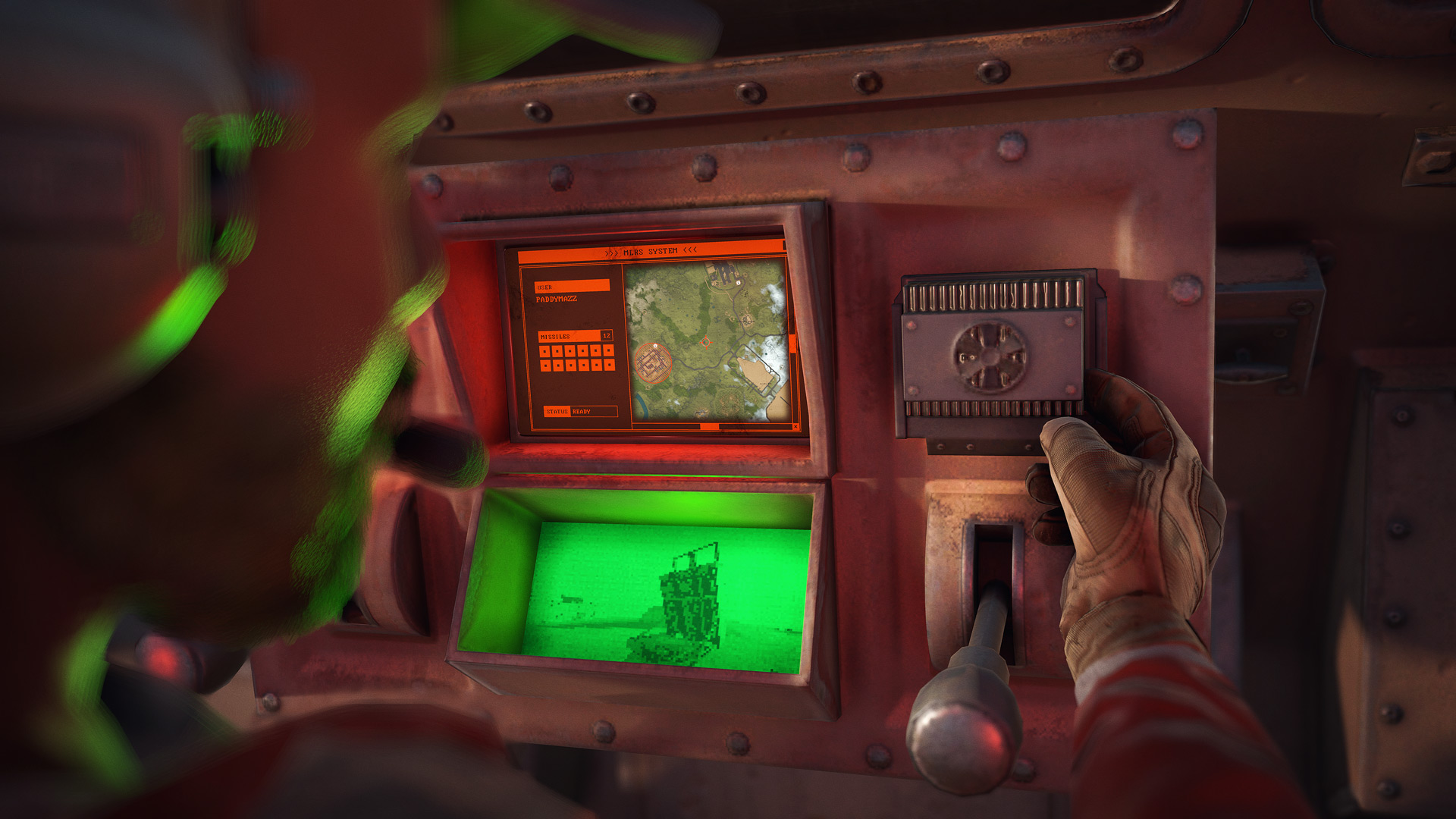 4. Interact with the targeting screen and set your desired target. 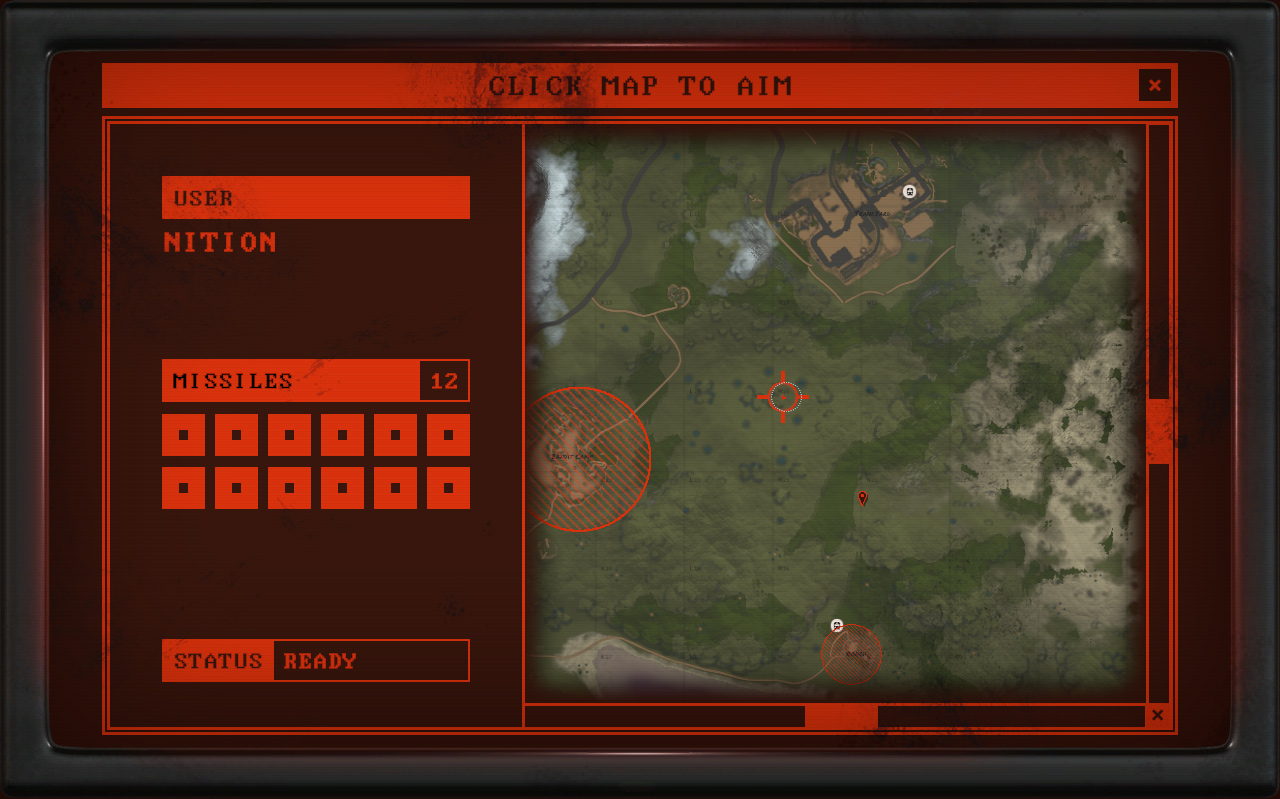 You can click-and-drag to move the map around, and click to place the target. If you've set a marker on the main map view earlier, it'll show up here as a red marker, which should help with targeting bases.

A red crosshair indicates where you want to aim. A white circle indicates where the MLRS will actually hit. These will usually match, but can differ if the MLRS is still moving its aim into position, or if there's an obstacle in the way. The MLRS shoots high in the air, so mountains and so on won't usually be a problem, but the white circle will show you if they are.

The target circle shows the total area that might be damaged by an MLRS attack - not all rockets will hit the exact same spot, though there is a bias towards the centre of the circle. No damage will be done outside of the target circle area. 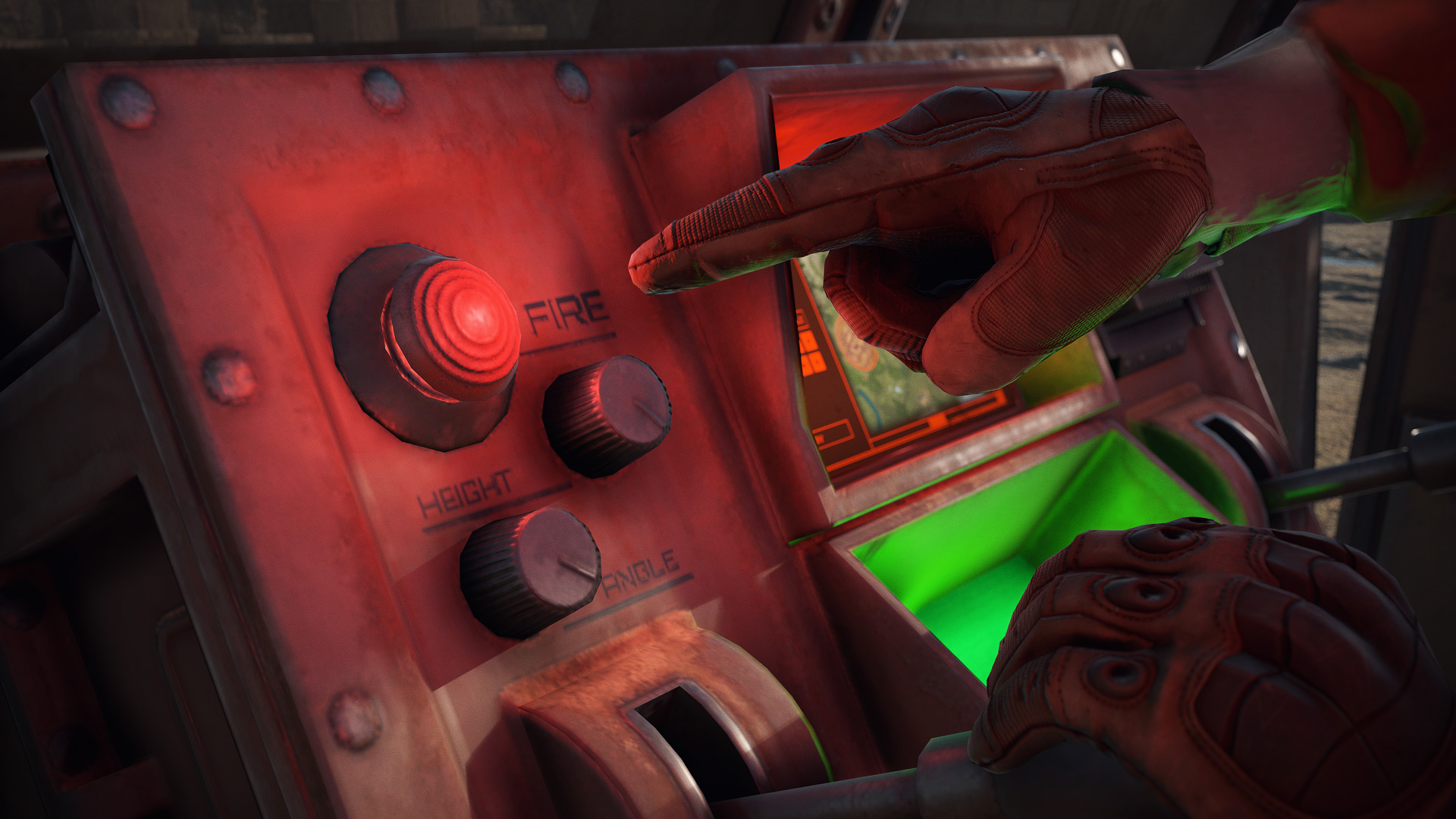 5. Press button to fire. The MLRS will shoot all the rockets you have loaded, and break down for 10 minutes (or whatever the brokenDownMinutes console variable is set to). 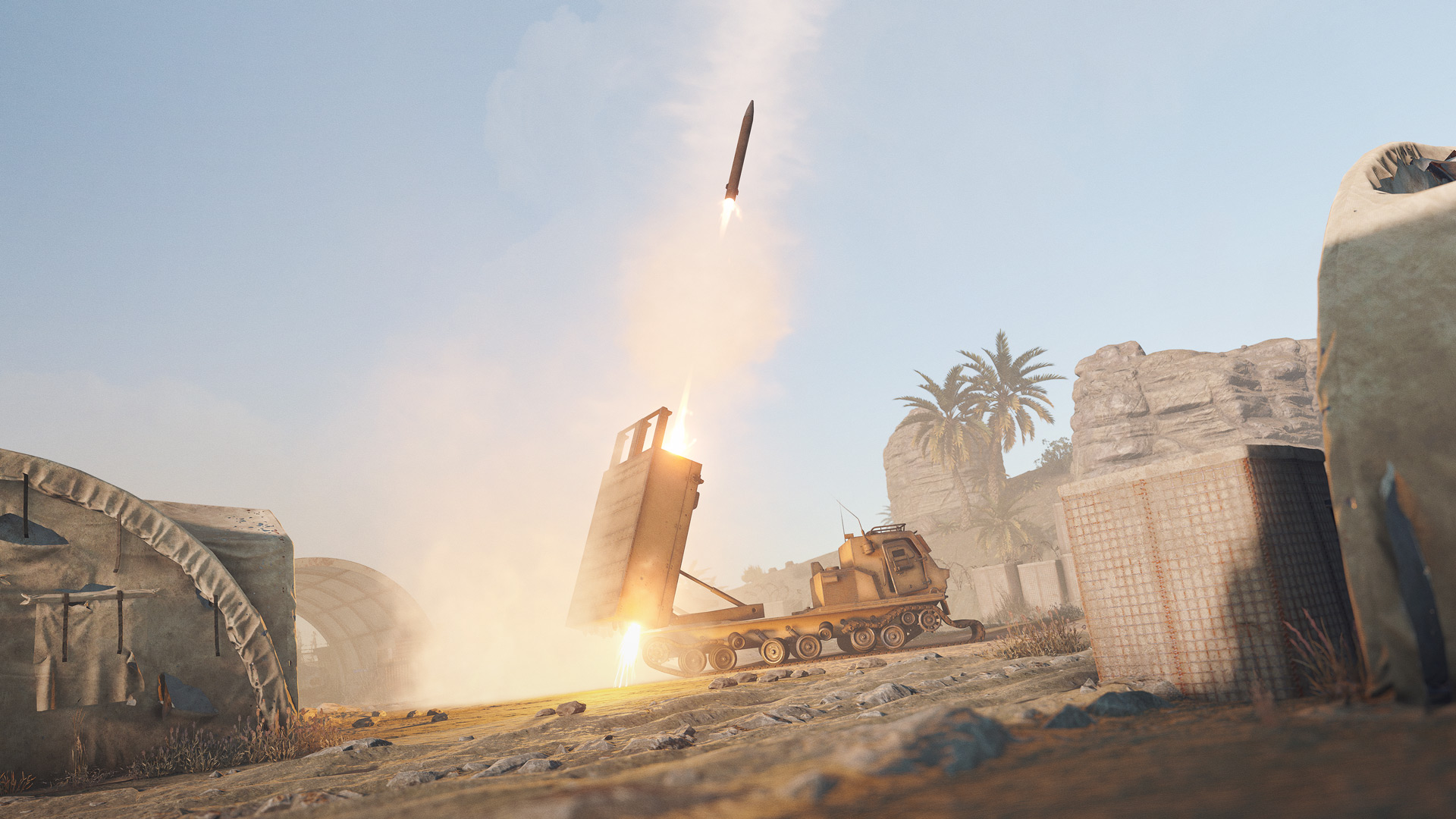 Crouching Gestures - Can now use hand gestures while crouching 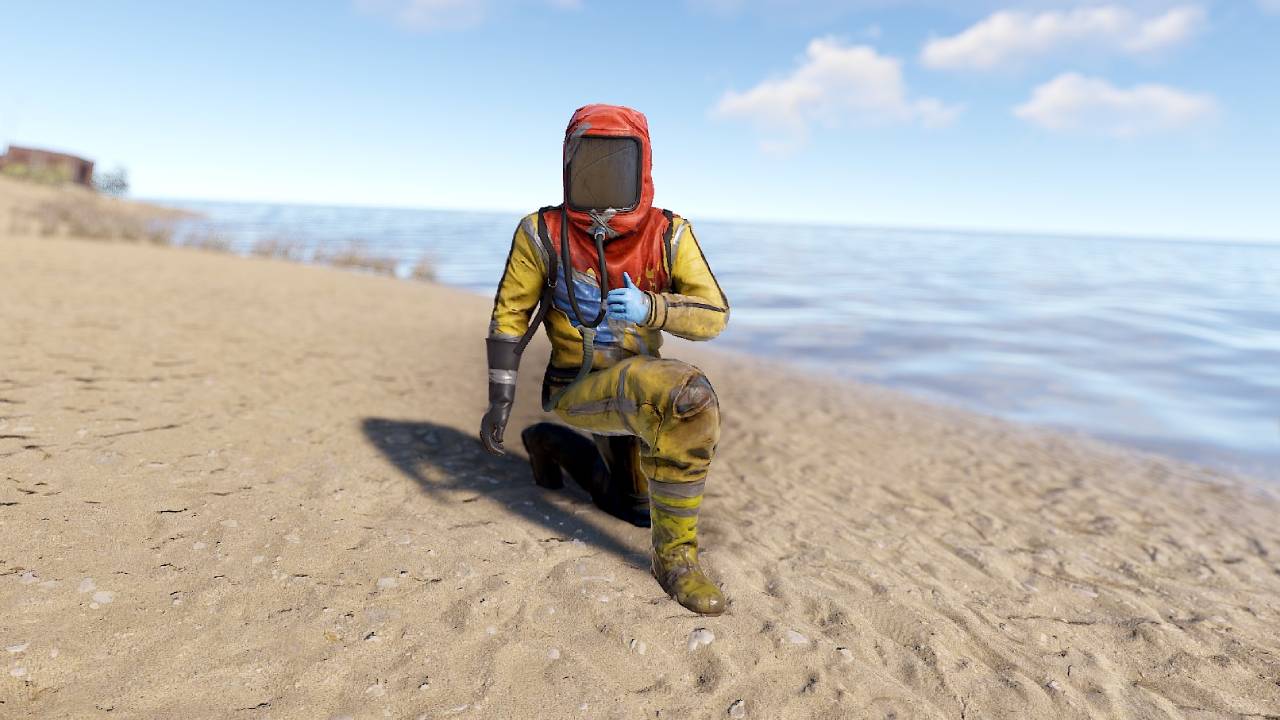 Blueprint Wipe
On December 2nd, in line with Rust's next major update patch, we'll be forcing a blueprint wipe across all servers.

Additionally, we'll be looking at retiring a number of lower populated Facepunch servers.

A special edition of Twitch drops will be enabled on November 20-21 for charitable Rust. Charitable Rust has raised $540,786 over the past 6 years supporting various charities such as Rise Above the Disorder, Pencils of Promise and charity: water. This year the charity charitable Rust is supporting is Preemptive Love.

Preemptive Love provides aid in countries of conflict with food, water, medical care relief and much more for families on the frontlines of violence.

Check out the charitable Rust website (https://www.charitablerust.com/ )for more details.

Pumpkin Carving Competition
Last week we announced Rust's first in-game pumpkin carving competition in the Halloween update blog post. If you wish to enter you have until November 7th 2021 23:59 UTC.

SteelSeries Competition
To celebrate the release of SteelSeries GameSense with Rust, SteelSeries has launched a desktop battle station contest. Head over to their Discord and post your best RGB and desk setups with SteelSeries gear in the #Rust-Desk-Contest channel for a chance to win a copy of Rust + DLC and an Aerox 3 wireless mouse.